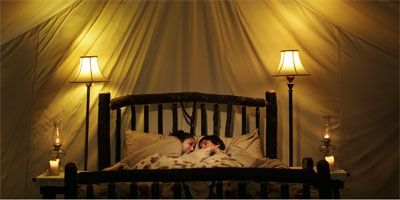 Sex has to be one of the most talked about, yet least understood topics on this planet.

Here are the top 10 myths related to sex and the reality about them.

While men are very easily labelled the stronger and hornier sex, women get away with being called the weaker and tamer ones. It is popularly believed that men think about sex once in seven seconds. However, you will be surprised to know that a recent study revealed this figure was actually once in an hour, while in women, it was once in two hours, and sometimes, even more frequently than that.

It is easier to believe that a man wants to be with a woman just for the sex, while the woman seeks long-term commitment from the relationship. Wrong! Not all women are like that. With the ever-growing levels of sexual frustration prevalent in metropolitan cities, there are many women out there who prefer a no-commitment association with a man, simply to relieve their stress.

Myth 3: If She Doesn’t Make Pleasure Noises, She Isn’t Enjoying It

Myth 4: She Cannot Get Pregnant when She Has Sex during Menstruation

While the likelihood of getting pregnant is lesser during this period, having sex during menstruation does not keep the scare away completely. Women with a briefer cycle tend to be more prone to becoming pregnant if they make out during those days.

Men are classified as notorious when it comes to watching pornographic videos. However, women are only great at keeping their secret, and not as open about this. They enjoy erotica as much as their partners and watching a hot scene right before your own steamy session can only heighten the pleasure!

Myth 6: Pulling Out Before Ejaculation Will Prevent Pregnancy

A lesser known fact is that the sperm-producing starts as soon as you get an erection. So, unless the aim is to get pregnant, be careful about unprotected sex, even without an ejaculation.

Think men are always the unfaithful ones? Think again. A recent study reveals that while 20 per cent men are having affairs outside of their marriages, the figure lies at 15 per cent among women.

When she says that, know that it is nothing but a lie. Sex is not something that tires you out, it leaves you feeling refreshed and energised. At the end of the day, if you are suffering a headache, see how the pain goes after a 20-minute steamy session in bed.

There are probably a lot of other misconceptions about the subject of sex. So, make sure you stay clued up and updated!