14 Best Music Apps That Are Totally Worth Your Phone Space

Music—you simply can’t do without it. Can you imagine waking up, getting ready and driving to work with absolutely no music to keep you from feeling like crap? I sure as hell can’t. Then again, maybe I’m just exaggerating. But, I think that if you’re even close to loving music the way I do, you would know exactly what I mean. And hence, you would understand the importance of having music at your disposal, every second of every minute. It’s why I thank God for music apps. 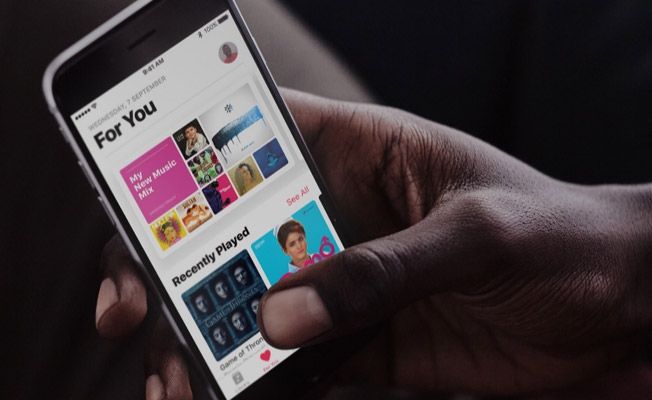 Now that our lives revolve around our cell phones and the internet, it has become absolutely crucial, and even natural, to have at least 5 different types of apps on our phones that revolve around music—there’s one for streaming music; one to find that new track you heard; one for the best radio you can ever find, and so on. It can be quite confusing sometimes. And that’s why here are 14 of the best music apps that you can download on your phone on days when music is all you need! 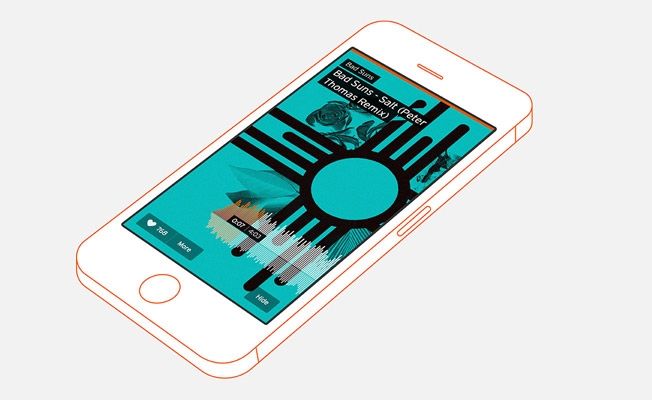 This is, hands down, the best music app out there. You can not only upload your own music—originals and covers—but, you can also discover new and lesser known artists, playlists, podcasts and music. You can even reach out to fellow amateur musicians and established ones, comment on their tracks, like and repost their tracks on your profile and network with musicians. It’s one of the best online communities for music and musicians. 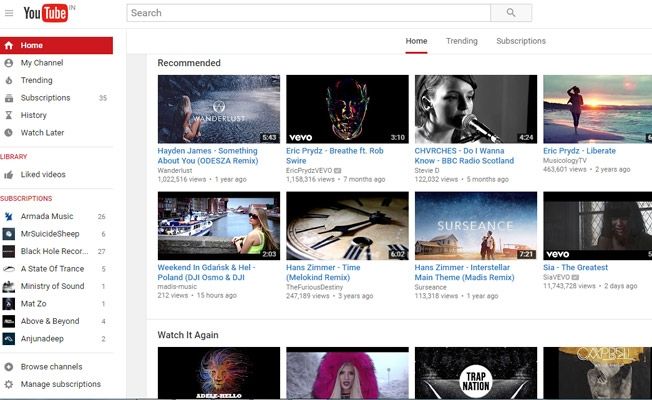 It’s evergreen. Nothing else really needs to be said here. But, I’ll elaborate anyway. From watching your favourite, albeit forgotten artists performing in live in a long lost year, to finding the latest music video from the Billboards chart-toppers, with lyrics—YouTube is the Google of music! Want to do an impromptu karaoke session? YouTube it. Want to know the chords to a song? YouTube it. Want to find a really old song from an artist who is six feet below? YouTube it. Simple. 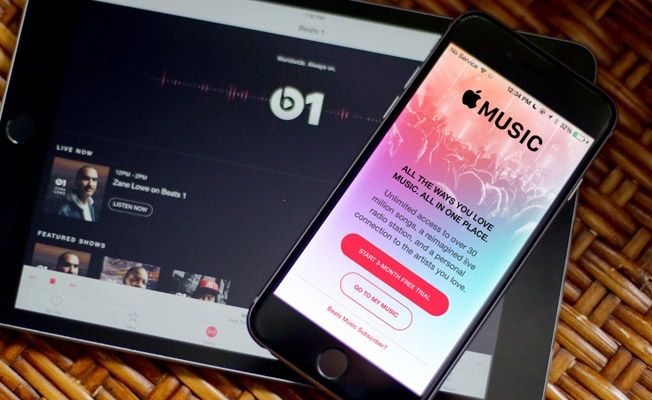 It’s the new and improved iTunes, with a good twist. It works on the basis of a subscription, prior to which you get a three-month free trial period. Post that, you pay a minimum of Rs. 120/- a month, for an individual, and Rs. 190/- a month for the family pack which includes personal recommendations from people you know. Hand-picked artists, playlists and tracks based on your most played and recently downloaded tracks makes things a lot easier when you’re scouting for new music that appeals to you. It also includes a global radio station, available 24/7 for you to access and get the latest dope on music, from around the world. Plus, it’s Apple. 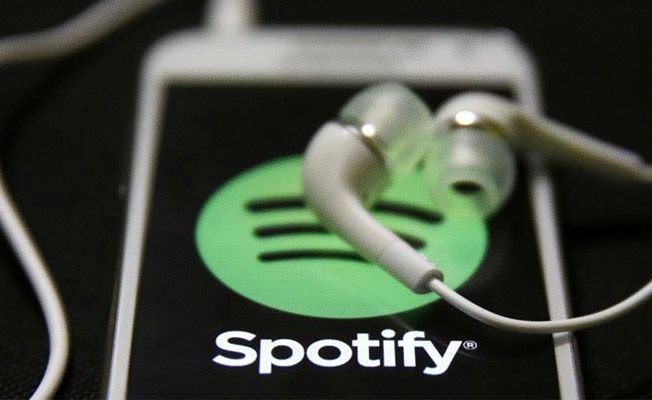 One of the world’s most popular music apps and for good reason! It’s a great way to explore new music, especially on days when you’re not too sure what you want to listen to. With designated genres and even moods to get you started on great music—from EDM numbers to romantic rainy day music and everything in between, Spotify has you covered! And while it doesn’t technically work in India, if you have relatives and close friends living abroad (in a country where it is available, to be specific), you should ask them to help you set up an account. Or, you know what? Just move there. No big deal, right? 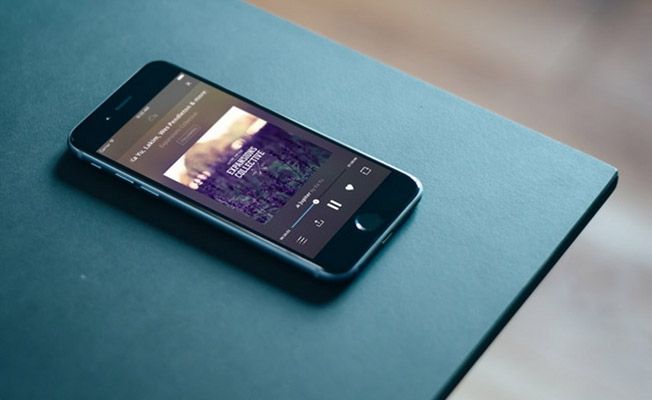 Mixcloud is like Spotify for India—very similar design language and based on the same concept. It gives you an idea of what the people you know—through your social networks and/or contacts—are listening to and even introduces you to cool new music and artists that you might like but had no idea about; courtesy: the people on your feed. I came across some of the best Dance and Bass Trap mixes here. It also lets you choose different genres, depending on how or what you’re feeling like at a given moment. So, you can choose from Ambient, Deep House, Beats, Classical, Dub, Garage and so much more. Also, a great way to educate yourself on which music belongs to what genre, no? 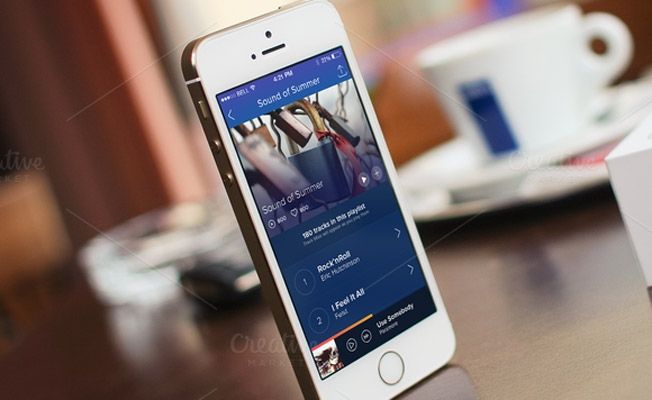 Internet Radio at its absolute best, really—that’s what 8tracks is. It’s the way you make and discover mixtapes in the 21st century. You feel like someone left you in the world’s most extensive library for music playlists and you want it all! There are over thousands of playlists compiled by 8Tracks users that you can listen to, favourite the ones you like and share them on your own profile. You can also make a playlist of your own to share with fellow users. It’s actually a lot of fun; kind of an online network for passive-aggressive music lovers—fun! 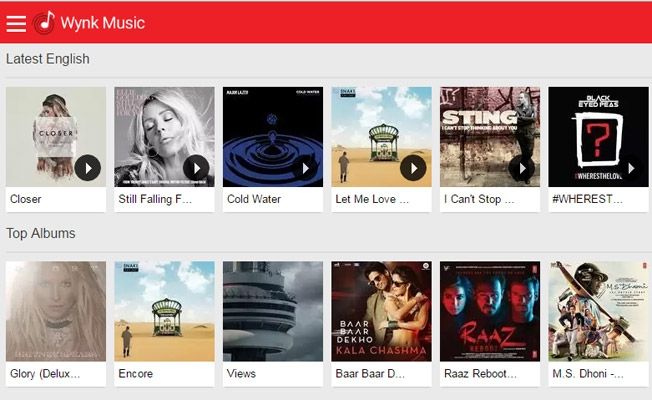 It’s the Airtel powered music app that is, actually, not bad at all. Works similarly to Apple Music; although, from time-to-time, you get lucrative deals doling out free music for a period of time that you can make the most of. It’s a good mix of all the top numbers on national and international charts, as well as old school classics. For an Indian music app, claiming to have an international, albeit rather commercial appeal, it’s not too bad. Plus, the amount you spend on the downloads and plays is quite minimal, no matter how extensive your phone usage may be. 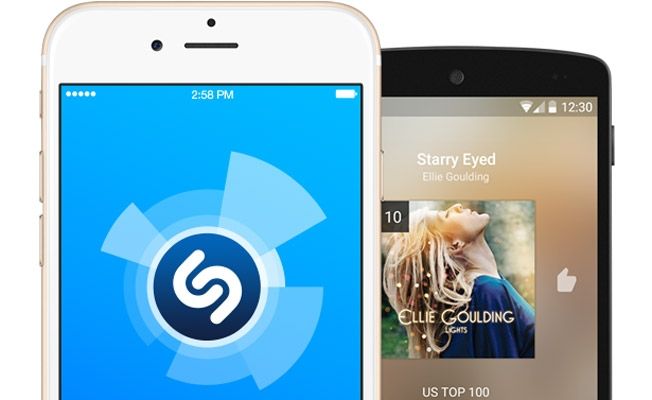 You know how sometimes you hear this bloody good song that you’ve never heard before and you don’t know the name, or the artist? All too well, huh? Happens to the best of us and that’s why there’s Shazam. Imagine you’re at a nice club, pub, or lounge and a song comes on that you’re enjoying and would want to listen to later on. You open Shazam, tap on the blue disc-like image in the centre and as it starts to spin, it’s listening to the track playing out loud and getting the track name and artist for you. It keeps a track of all your recent plays and even suggests similar music you might be interested in. Lifesaver! 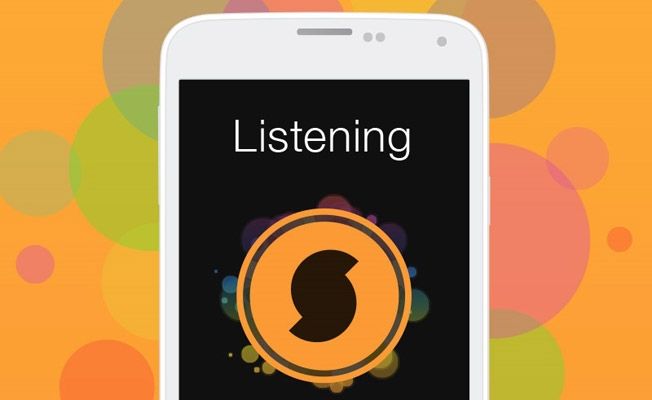 Similar to Shazam, but a lot more extensive in terms of options. You definitely won’t close the app as soon as you’re done finding a song by lyrics, tune or humming. You’ll likely check out what people in and around your network are listening to, the music that is trending in your region, videos and songs that are new in that week. It also gives you some nice music general knowledge to take home, like artists whose birthdays are on a particular date. You can even go to the world map and see what albums and artists people around the world are listening to at that moment. Cool, no? 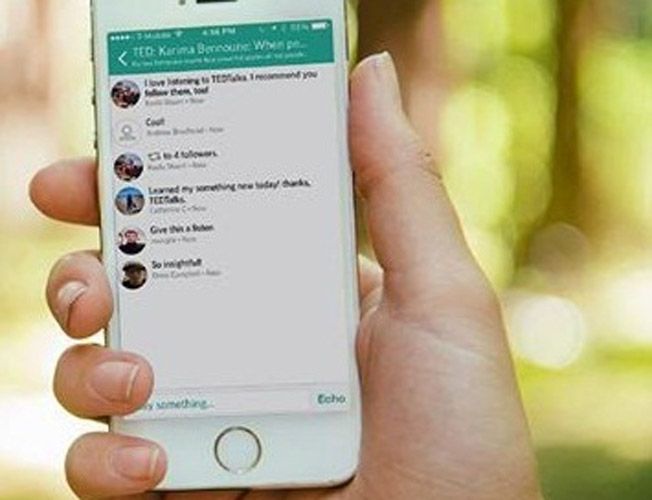 While 8Tracks has more of an international current to it, TuneIn works both ways; in fact, as you scroll lower, you’ll find a number of Indian run stations and playlists you can check out, if you’re into it. What I like about TuneIn is it’s a lot like spoon feeding which is good for the soul because the app literally pampers the music into your lap… if you get my drift. You simply choose your genre, starting from the 60s and spanning up to the Top 40 across the world. Work your way from there. Clicking on any genre will give you a host of channels to listen to and it’s quite an amazing experience to discover tracks that you thought you might have forgotten or misplaced or, whatever else. 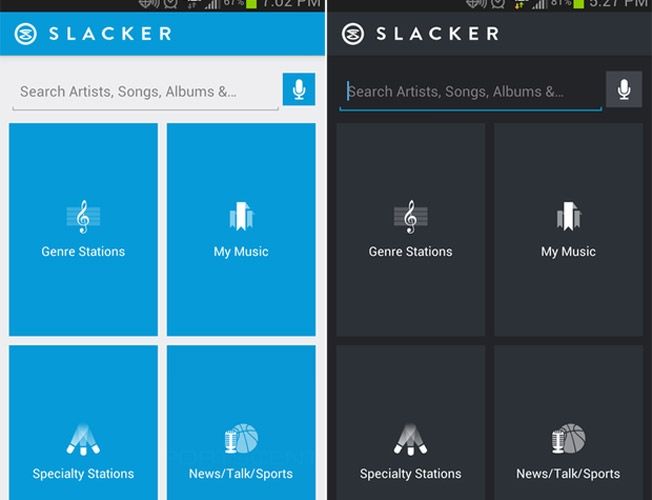 You literally will thank your stars, and us, for introducing us to Slacker. Why? Just look at the damn playlists they’ve curated. You never ever have to work at making your own playlists from scratch, ever again! The Top 10 country songs right now, the best Nirvana songs compiled in one playlist, the countdown to the top alternate tracks to listen to every week—you literally, never need recommendations ever again. Knock yourself. 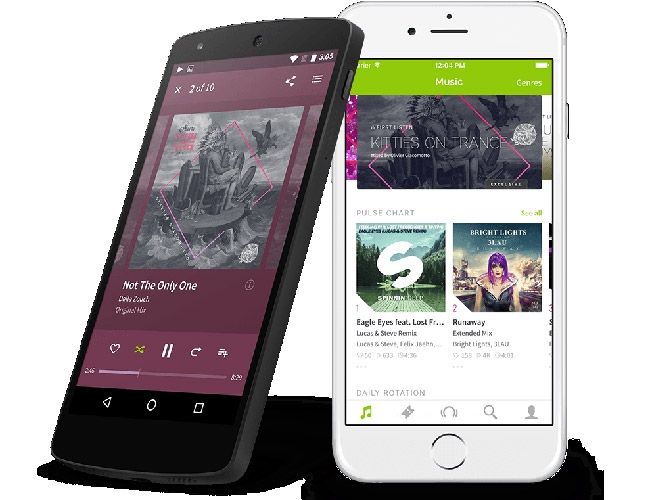 Easily one of the best music platforms for Dance music and DJs in the bizz. Some of the greatest dance music tracks release here, before most other places in the world. So, it’s also one of the best ways to stay ahead of the game and know what’s current, trending and upcoming in the dance scene. From established artists like Fatboy Slim to the fairly new ones, if they’re on beatport, you can be assured that they’re a big deal. Also worth checking out are the genre-based playlists that Beatport puts together. You can just play these at your next house party and chill.

A fairly new music app which is on a steady rise, Wonder connects you to the lesser known indie acts across the world. A list of the top 100 artists flash across your scene with an option for you to play it in continuity or choose the ones manually. The app has two FM channels—White Label which is essentially Hip-Hop and Primary which is Electronic. Here again, only the underground artists are featured so you get to listen to great music by newcomers. Basically, it’s the music app that every hipster has been dreaming of since forever! 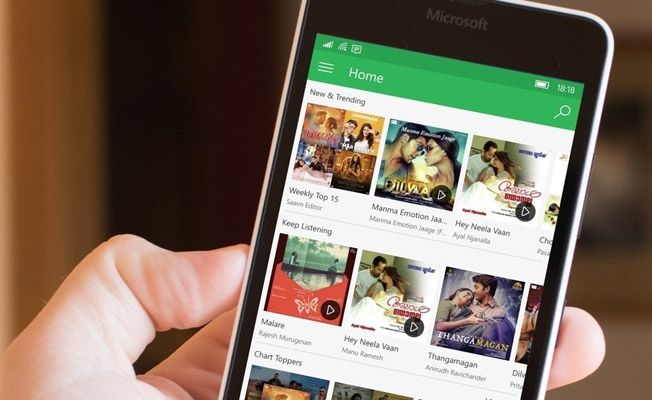 This is the Indian equivalent to, well, just about all international music streaming apps. And surprisingly enough, it’s one of the good ones, after Wynk. The latest music in the country breaks on this app before  most other places. And that’s not all. Saavn has an incredibly great collection of international artists and songs, including some original tracks that aren’t as easy to find on most other music apps. You can browse through their alphabetic lists of songs that will surprise you in a really pleasant way. Definitely, one of the few good music apps in India.